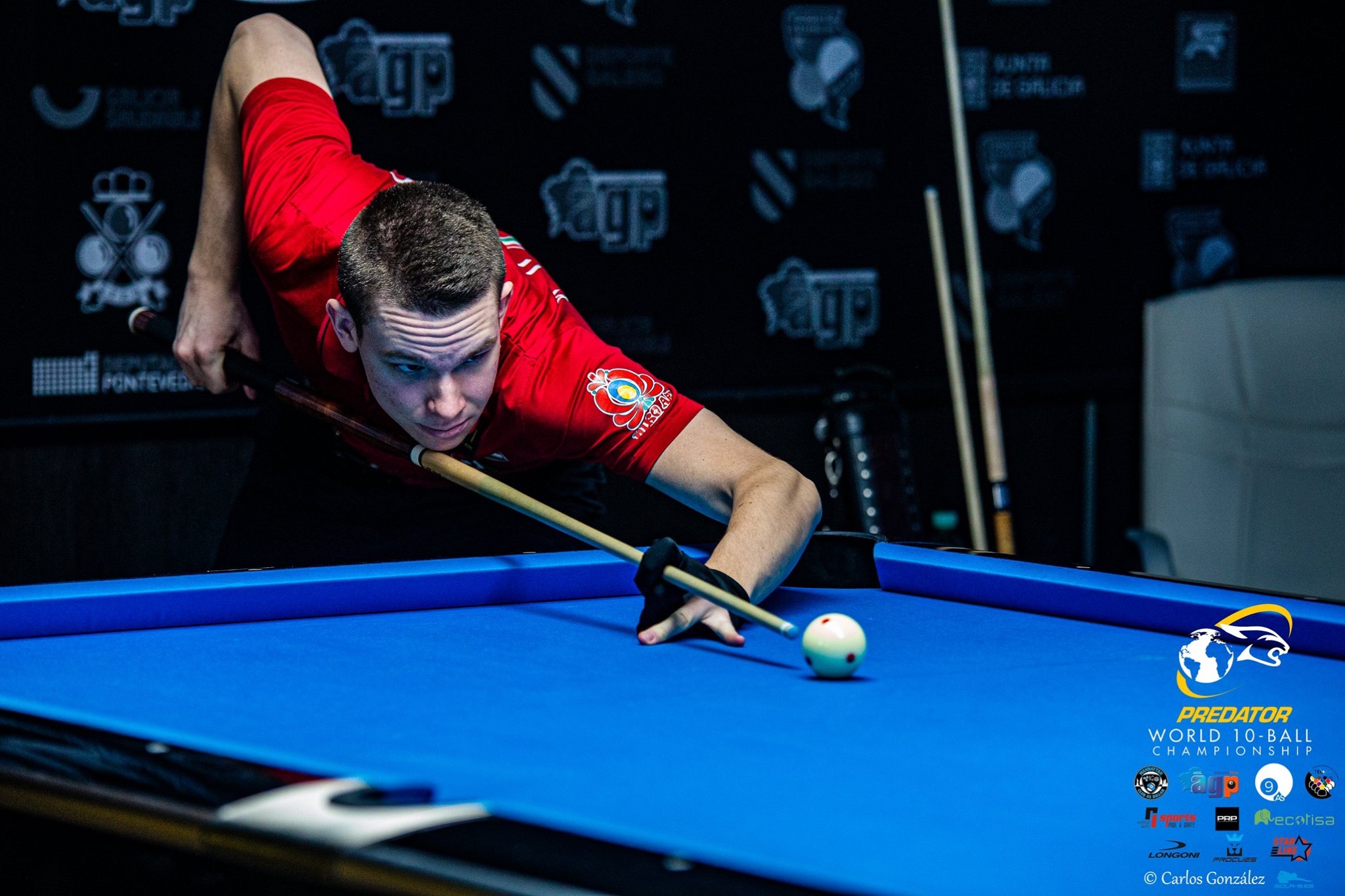 Hi Olivér, it’s a pleasure to make you this small interview. Thanks for giving us the opportunity and make it possible. So, lets start:

Hey! Thanks for having me!

Do you have any nickname?

No, I never had one.

At what age did you start playing pool?

I was 10, it started as a fun activity with my family, but soon it became more.

Do you remember which was your first cue?

Of course, it was a Krüger cue with a BCE shaft.

How did you get it?

I got it as a Christmas gift from my parents and grandparents when they saw I was taking pool seriously, I was really happy.

In your opinion. Who is the best pool player?

It’s hard to tell because the difference is small between players, but I think it’s Shane Van Boening.

Should be me🙂
But Vilmos Földes and Sandor Tot had better international results in the past so I still have to beat those.

What tournament was the first one you played?

It was a national men’s amateur tournament… We didn’t have too many youth tournaments in Hungary so I had to play with the men ever since I was 10.

And the first tournament you won? At what age did you win it?

It was one stop of an amateur tournament series consisting of 4 stops. I won the ranking as well and won a VIP card to the Game World pool halls in Hungary enabling me to play for free. I was 13 then.

Which pool games do you prefer?

Most tournaments in Europe are 9 ball, therefore I practiced that the most last years. As a result, maybe I prefer that, but I also like 10 ball because luck is less important there.

During last World 9 Ball Championship in Doha, you lost against former 10-ball champion Ko Ping Chung in the hill-hill, how was that match?

It was crazy… I remember he made some mistakes in the beginning and I went up, but I also missed 2 important shots so it was only a 6-3 lead instead of 8-1. From there my break didn’t work as well as it did in the previous matches so he came back to 10-10 and the last rack took more than 30 minutes because we had a safety battle and we both felt the pressure. In the end he played better defensive shots and took his chance to run out.

People tend to feel attached to some trophies more than others, which one/s are you most proud of?

For sure it’s the 2018 Wolfsberger X-mas Open trophy, that was the first international tournament I won. Apart from that my 3rd place at Euro Tour Klagenfurt Open is the result I am most proud of.

Did you play any tournament in Spain before the Predator 10-Ball Championship Official Qualifier?

No, actually this was my first time in Spain. Hopefully not the last!

How was your experience in Spanish tournaments?

Even though I couldn’t adapt to the conditions of the venue it was a nice experience. I met a lot of great people and all in all I had a good time with them.

In average, how many hours do you train each day/week?

I practice at least 4-5 hours every day when I prepare for tournaments, but many times more and since last February I also go to the gym 4-5 times a week.

How do you train? Do you follow any special routines?

I train basic shots, drills, break, play the ghost a lot and practice the shots I missed during my latest tournaments.

What is next tournament you’ll be playing in?

– Which cue case do you own?

I don’t know😂 I bought it about 7-8 years ago, then the most important thing was to fit 3 cues in it. And it hasn’t been damaged since that so I never felt like I needed a new one.

And to finish this interview, What do you got in your cue case?

I have my playing cue with 2 iQ Cues Infinity shafts, iQ break cue and iQ jump cue, usually 2-3 gloves, 2 taom pyro chalks, a towel, a rest you can put on your cue and some tools to shape my tips.

Thank you so much Olivér, from Bola-8.es we wish you the best of luck in your upcoming competitions!!