Interview with Thorsten «The Hitman» Hohmann 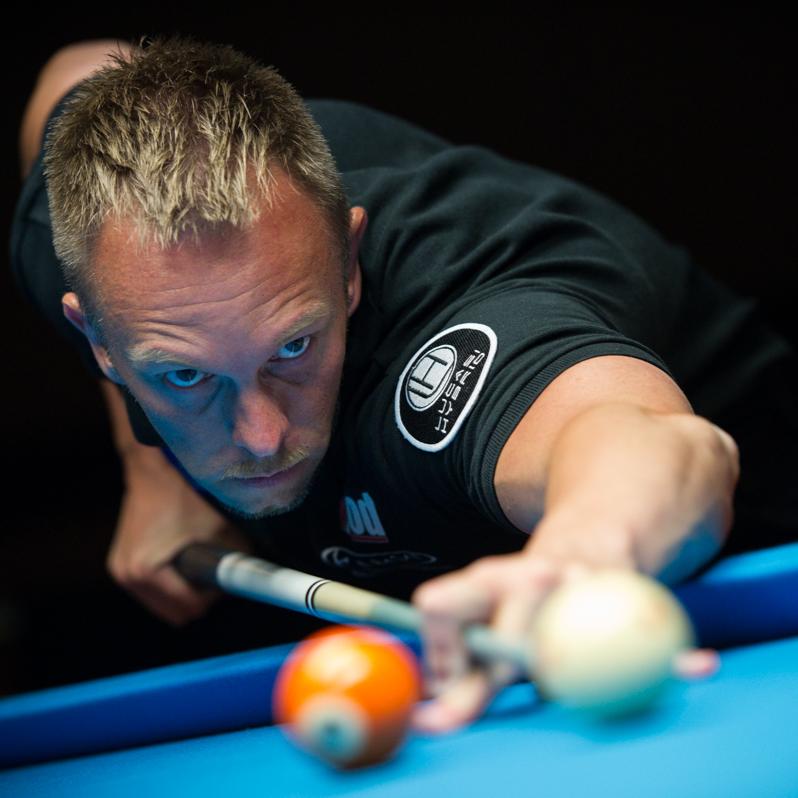 Interview from Tomas Sanchez to Thorsten Hohmann for Bola-8.es

Hohmann: “I am surely disappointed because I won’t play the Mosconi Cup”

Thorsthen Hohmann (Fulda, Germany, 14-07-1979) is the best pool player at this moment. Statistics confirm it. He’s the 14.1 and 9-ball world champion. Unfortunately, he has been very much popular last days because has not been included in the European Team for the next Mosconi Cup. Unbelieveable, but true. Social networks were on fire because of it. Lot of people don’t share this decision. Anyway, the german player goes on, hungry for titles. In this interview, Hohmann talks about the Mosconi Cup and other topics such as the celebretaion of the 9ball world championship, his first steps in pool, next targets…

Nobody wins everything. Straight pool is a very consistent game and I feel always confident and motivated to perform my best. The Accu Stats 14.1 win and the World 14.1 Tournament victory has certainly lifted my spirit for the world 9-ball. I was fortunate at the right moments, used all my opportunities when given, overcame all obstacles and never gave up. What the rest of the season will bring? I will make sure to give my very best as the world champion.

–How did you feel when you won the last game in Qatar?

It was a mix of relief that it was finally over, happiness that all my hard work and never giving up has paid off and a special feeling of pride over a very special accomplishment.

–We could see an special celebration when you won the 9-ball World Championship. You looked to people and showed the muscle of your right arm. Why? Did you have any problem with that sector of the audience?

I raised my cue in the air and kissed it as a symbol of love for what the two of us have accomplished together. After shaking Gabica’s hand, I yelled out in relief, then I noticed my friend Hunter Lombardo calling my name. He had his camera pointed at me. The flexing arm had nothing to do with the audience and was only directed towards him.

–Despite your two world championships, you haven’t been picked for the European Team.

As we already know , I haven’t been picked for the team and I am surely disappointed. Nothing else to say.

–When did you get the news about the Mosconi Cup?

–What’s your target this year?

I wanna continue playing my best in the remaining events. In United States people say: “Strike the iron while it’s hot”. I still have the US Open, All Japan Championship, the Kremlin Cup and some other smaller appearances.

In regards to billiard, my dream is to play pool actively for a very long time, celebrate many great victories, inspire other people to become the best they can be and contribute to the pool society with different project I have in mind.

–When did you start playing pool?

Officially, I started playing when I was 12 years old. Michael Wahl, from Fulda (Germany), became my trainer back then until this very day. But even before I was knocking balls around with my father and friends as early as the age of 9.

–When did you decide to start a career in this sport?

In the beginning, I had no intention to make pool my living. I simply enjoyed playing and it became a lifestyle for me. I started competing, had great support by my family and all members of the PBC Fulda back then. I had talent and spent all my time at the pool table. Things fell into place later.

–Is it possible to live only with pool earnings?

Sure we don’t make the big bucks like in tennis, golf of soccer, but with the help of sponsors and discipline to always challenge yourself competing around the world you can make a pretty damn good living for something you love doing.

–So, billiard is your job.

Yes. My calendary is full.

–Who is your favourite player?

I’ve always considered Ralf Souquet as one of my favorites. He’s very determined and professional. I’m glad to call him a partner and friend today.

–What cue case do you use?

–What’s in your case?

–I know you have been to Spain sometimes.

Besides holidays in Barcelona, The Canary Islands and Mallorca, I played my first Euro Tour years ago in the north, near San Sebastian, and also a few events near Alicante.

–Send a message to Spanish players.

You can get more information about Thorsten in his Facebook Fan Page Thorsten «The Hitman» Hohmann, there, He will frequently share his experiences as the reigning World Champion.